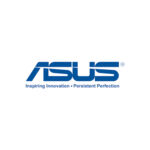 3rd Generation Tensor Cores: Get up to 2X the throughput with structural sparsity and advanced AI algorithms such as DLSS. These cores deliver a massive boost in-game performance and all-new AI capabilities.

Axial-tech Fan Design has been tuned up with more fan blades and a reversed rotational direction for the center fan.

2.9-slot design expands cooling surface area compared to last-gen for more thermal headroom than ever before.

Get up to 2X the throughput with structural sparsity and advanced AI algorithms such as DLSS. The DLSS is AI rendering that boosts frame rates with uncompromised image quality using the dedicated AI processing Tensor Cores on GeForce RTX. This gives you the performance headroom to crank up settings and resolutions for an incredible visual experience.

Equipped with improved Axial Tech technology, blade count has been increased on all three fans, with 13 on the center fan and 11 on the auxiliary fans. The barrier ring on the side fans has been slimmed down to allow for more lateral intake. The center fan’s extra blades and full-height ring provide boosted static pressure to blast air directly onto the GPU heat spreader.

In addition to under-the-hood design changes, the ROG Strix features a new face with metal accents that mirror the design aesthetic of ROG and ROG Strix motherboards. Mixing surface textures and materials make a statement when vertically mounted and lit by chassis LEDs.